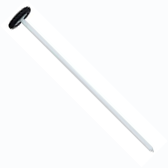 This hammer was apparently modeled after an earlier chest percussion hammer introduced by Henry Vernon of the Great Northern Hospital in 1858. Vernon's Hammer: consists of a slender tapering handle of whalebone, eight inches in length, surmounted by a sphere of bell-metal, weighing one ounce. The sphere of metal is grooved deeply in an equatorial direction, and a stout ring of caouchouc [rubber] is let into the groove, as a cushion upon which to strike. Such is the instrument -- simplicity itself. Many people attribute the Queen Square version of the Vernon Hammer to a Miss Wintle, who was the head nurse of physiotherapy and radiology at the National Hospital for Nervous Diseases, Queen Square, London. Around 1925, she "hit upon the happy device of fitting a ring pessary to a solid brass wheel, and mounting this upon a stick of bamboo..." The bamboo cane was flexible, approximately 8 inches long and 1/4 inch in diamater. On one end, a rubber ring was tightly fitted on a 1-1/2 inch diameter brass disk. The other end was sharpened to a point for eliciting plantar and abdominal responses. "The result was a heavy, springy, and completely painless hammer....For years she made these herself...and sold them to post graduate students...[and] resident medical officers." Cred. D Lanska. 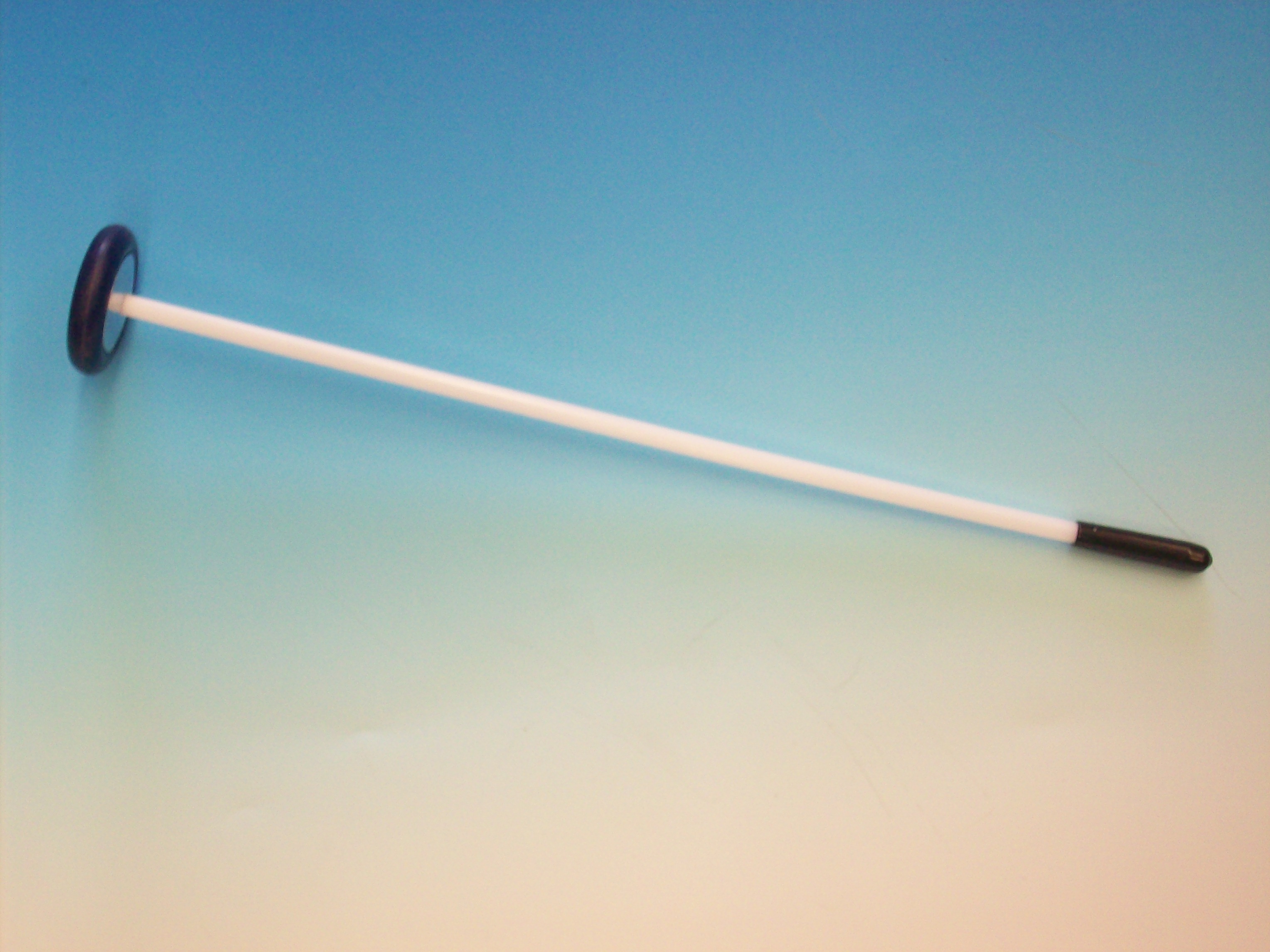 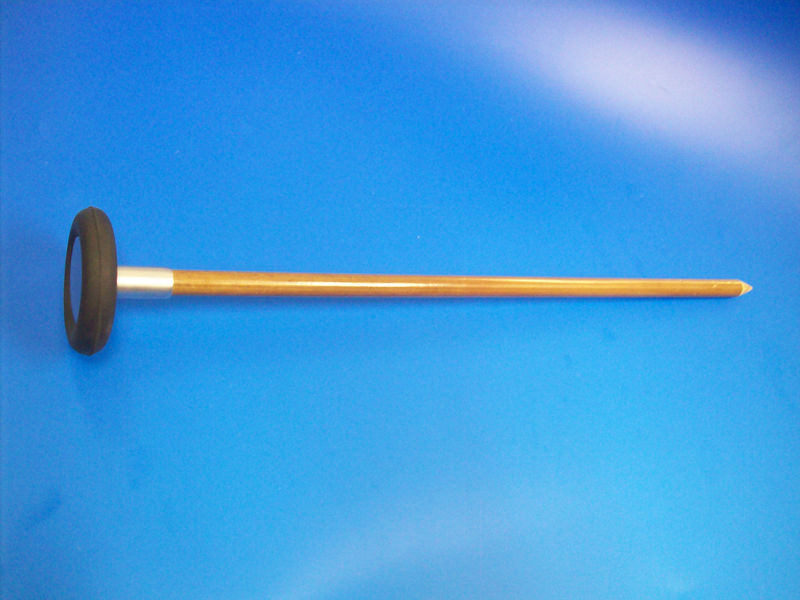 2" weighted head 13.5" length. The finest quality around. Made in Germany. Flexible plastic handle